How to Spot Fake Influencer Accounts in 2018 [Expert Tips]

An influencer can be powerful for your brand - but only if you choose wisely.

Consumers expect and demand authentic experiences from brands - ones they support, and ones they might not know about - especially through channels that have outgrown typical product marketing.

An effective influencer creates personal and genuine-feeling content for large and engaged audiences they fostered with lifestyle and reputation building online. Many have turned this into their full time gig, and with businesses devoting massive budgets to influencer marketing, it’s starting to get a little crowded out there.

So how do you spot the real deal? 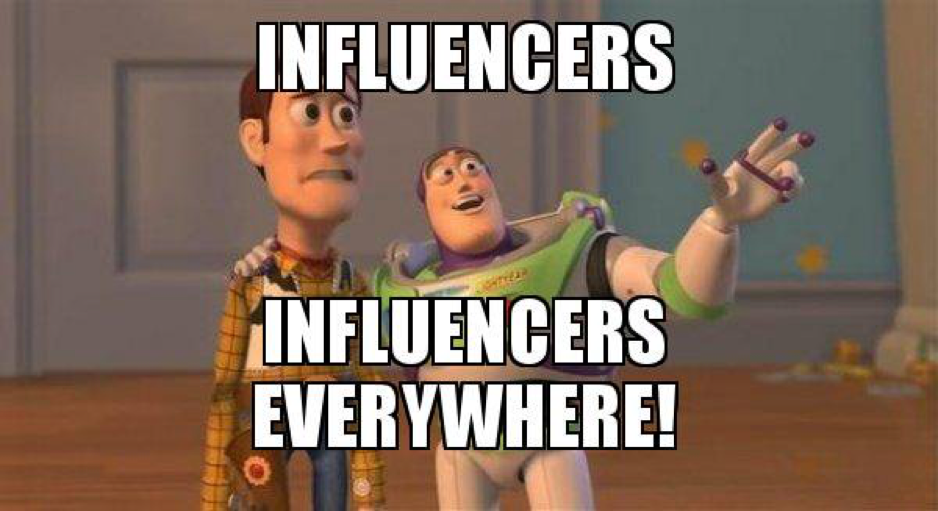 The online reputation economy has been at the mercy of vanity metrics, and it still remains difficult to truly track ROI on influencer campaigns. This implies these tactics haven’t fully matured yet, and what comes next is anyone’s guess as the influencer model takes a more complex shape in the digital marketing environment.

You’ll get no ROI on forced comments or automated likes, and you don’t want to pay someone to influence… Well, nobody.

Pierre de Braux, Content Strategist for digital agency Spiralytics, works with influencers on a regular basis to help extend the reach of their clients' marketing campaigns.

Bottom line, he says, if engagement levels are low, that's a red flag.

"It means they either paid for followers or don't really engage with their community, both of which are far from ideal when choosing to work with them."

"Likes and followers are easy to purchase inauthentically. Because of that, the only way to know whether someone is really an influencer or not is to see how their audience interacts with them. True influencers live up to their title - they have a drastic influence over many of their followers."

It’s a harsh reality - people DO buy likes - and it can be incredibly hard to spot. There have been many experiments and publicity stunts to prove that it’s easy to fake engagement, highlighting how hard it can be to tell the difference between a genuine influencer or a reputation fraud.

This kind of practice isn’t just for the up-and-comers and the wannabes though. In fact, many celebrities (from Lady Gaga, to Justin Bieber, to Rihanna) have been caught with fake likes on channels that span YouTube to Twitter and back again. If you go to http://fakers.statuspeople.com and look up Conan O’Brien’s verified Twitter account, they give him a score of 73% fake.

There’s a solid cottage industry based on buying and selling followers, too.

“Most fake followers are purchased from spam specialists like those found on Fiverr,” explained Graham Onak, Owner of GainTap. And it’s true, if you hop on Fiverr now you can buy hundreds of followers for 5-10 bucks a pop - these followers are useless, though. 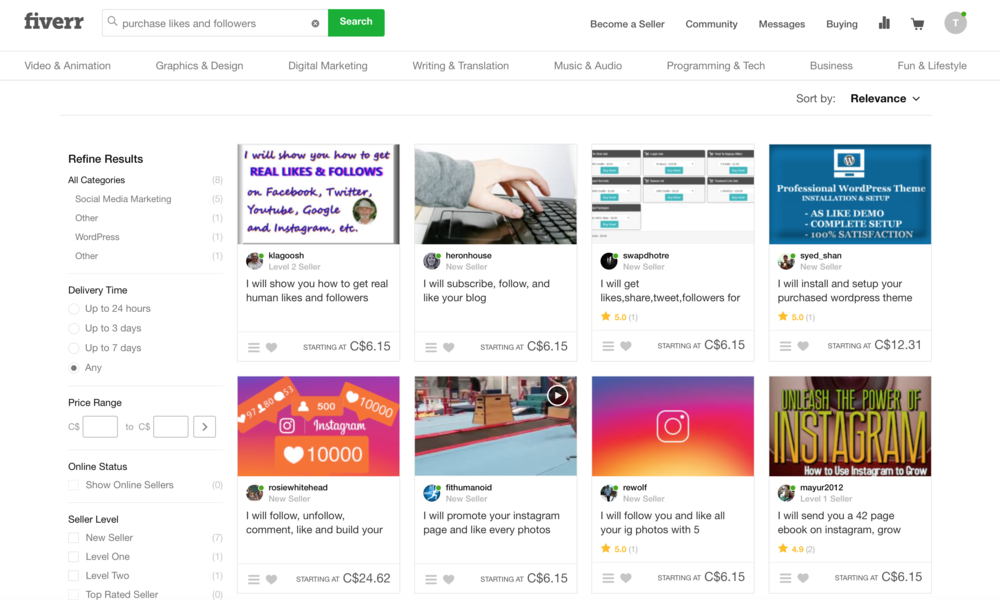 “They use automation to generate a ton of fake profiles and have them do repetitive things like follow accounts, like things, comment and retweet,” he says, pointing out this leaves a pattern that can be recognized - like accounts posting the same comments, or only posting links.

Onak recommends FollowerWonk to check the "Social Authority" of a Twitter profile and to check for bogus accounts. “They will often have non-existent scores because nobody retweets their stuff.” You need to stay on the lookout for accounts with no profile picture, too.

Tom Augenthaler, an Influencer Marketing and PR professional with The Influence Marketer, says he has “seen a lot of fakery online”, too - but it’s not always obvious.

He blames what he calls the purveyors of counterfeit social media - firms who sell fake accounts to Internet stores known as “click farms”. These businesses create fake identities (by using tools like Fake Name Generator) so it’s hard to tell if the person is real or a fake – at least at first glance.

“The more real the persona seems, the more detail is required and therefore more expensive it is to buy. The reason is the process takes a little longer, to add the additional detail to make the persona seem more real.”

So when it comes to influencers, you want to look for engagement. The proof must be in the pudding (so to speak) ...Right? Not always so.

Be on the hunt for crappy comments, according to Colleen Tatum, SVP of Brand Evangelism at Water’s Edge Woods.

“Are majority of all comments something along the lines of ‘Nice!’, ‘Beautiful’, or a few different emojis? When selecting an influencer, I want to see that they are able to engage and connect with their followers,” she says, emphasizing that the comments should always be relevant to the caption or image.

"Most people might say to check engagement, but engagement is a fooling metric as well,” says Andy Bhatt Influencer Marketing / Brand Relations Executive with SW & Associates. “Even real likes, shares, and comments are not an indicator of possible actual sales/market value."

Cristian Rennella, VP of Marketing & CoFounder of oMelhorTrato.com looks to conversations between the influencer and their followers. “The most important thing is to verify there were conversations that generated real value on the subject they claim to be a leaders or influencer.”

Which brings us to the new trend of engagement pods, where groups of people agree to post on and engage with each other’s content on a regular basis, to increase impressions and the illusion of an interactive account. 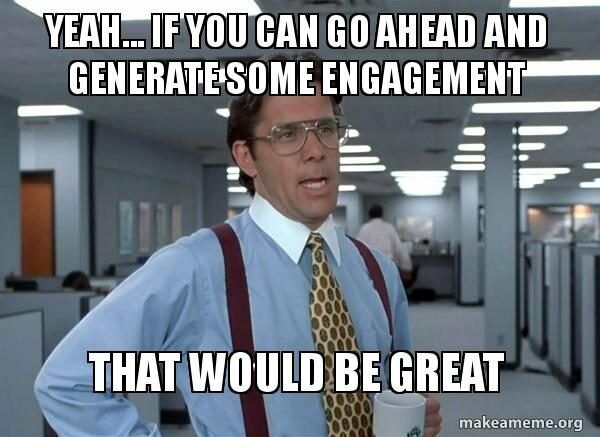 Pods come in all different styles. You can join pods with a narrow niche or interest, while others are for any type of content. Some pods may require you to have a certain number of followers before you can join, while others impose a schedule for liking and posting on each other’s content.

Engagement pods are not authentic engagement.

Her rationale is that if you invest hundreds of dollars into having an influencer promote one of your products, but the engagement your content receives is from an engagement pod...

“Well, it's not authentic - and does nothing to raise awareness of the product or brand,” she explains.

Darren Schreher, Digital Manager for INTO THE AM and iHeartRaves agrees entirely. “We avoid engagement pods because we understand that they're simply a way to game the system,” he says.

“It's a way to work around Instagram's algorithm. If you look at Google's algorithms, people who try to outsmart Google often end up being penalized, taking massive hits to their website rankings.”

Schreher believes this will be the case, and that Instagram will eventually take corrective action engagement pods, which could include banning certain users.

The struggle for true engagement has seen the advent of services like Thunderclap (sort of like an engagement Kickstarter) come into the market, as an alternative.

Founder and CEO, David Cascino thinks marketing has a bright future when it comes to enabling your existing friends, family and extended network to spread your messages in an authentic way.

“Services like Thunderclap are different from engagement pods in that it is not a closed group, rather it opens up participation to anyone with a social media account. The focus is on achieving attention around a key date, like a launch or event,” he explains. 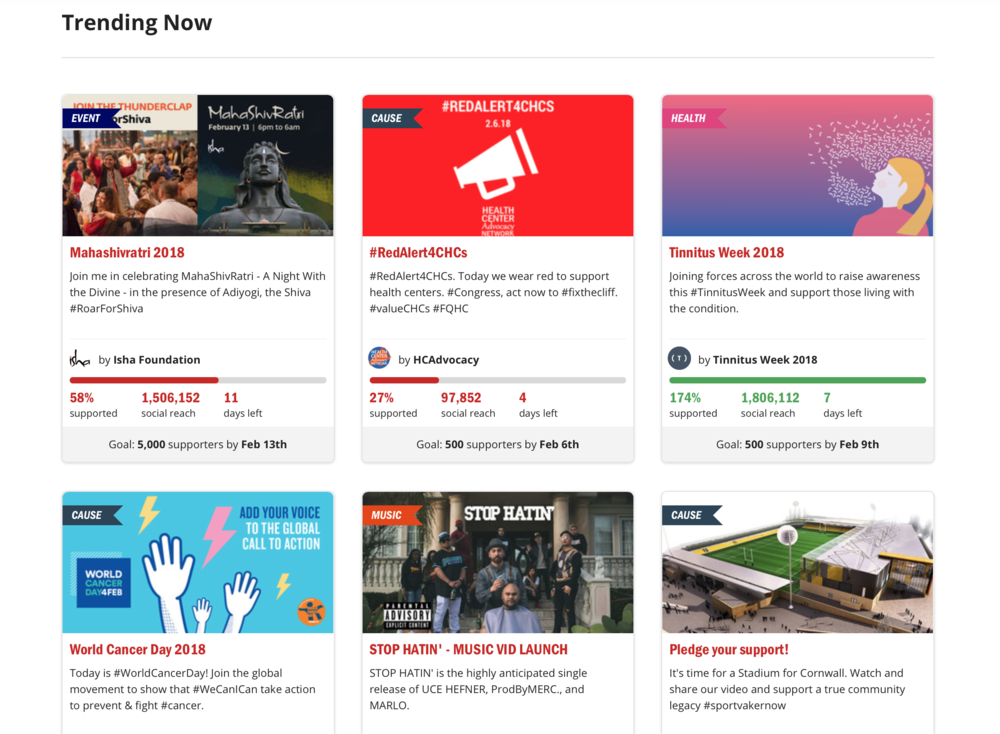 Employee advocacy programs are also becoming a part of digital marketing culture, in many industries. Staff are becoming influencers themselves for the company brand, and in some cases becoming thought leaders in their professional niches.

Another healthier form of influencer marketing doesn’t require you to hunt for an influencer - by using referral programs, businesses and brands can reward their most enthusiastic customers for sharing products and services through their own channels.

Go with your gut.

Content & Community Manager at Fieldboom, Josh Brown, knows authentic influencers care about how their brand is portrayed and trusts his instincts.

“I go with my gut. If an influencer is only looking to get paid, and isn't actually contributing ideas to how they can make a campaign successful, they either aren't a real influencer, or just aren't worth hiring.”

If you're looking for a tool to validate suspicions or a nagging doubt about the sincerity of an influencer on your radar, look no further. Almost every single person interviewed for this article mentioned the tool Social Blade, which has been helping businesses cut through the noise. 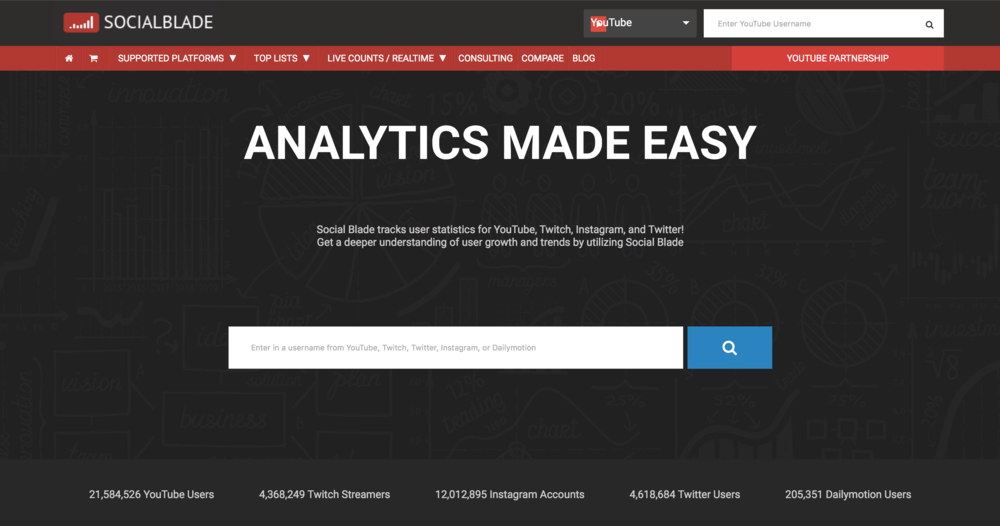 With this online tool, businesses can be on the lookout for sharp drops or increases to followers - a clear sign that an account is not authentic.

If someone has been joining and leaving engagement pods, or have been buying likes and interrupting their paid service, you’ll see consistent dips - or unexplained boosts - in their analytics.

...Or as Anello from LPN puts it, “If it's not organic, then it's shady business.”

Create your no-code landing page, website, or online store in no time.

Publish your homepage for free, no credit card required.

Join our monthly newsletter for helpful tips on SEO, Web design, and more!